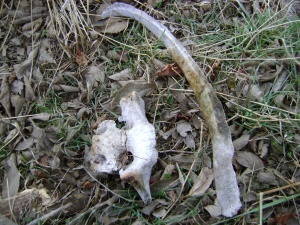 I wrote an earlier musing on poems ending with the word “life,” so I thought I would also consider poems beginning with the word “death.” The most famous of these is probably John Donne’s “Death Be Not Proud,” which John Gunther took for the title of the biography of his son’s illness and death—a book from my childhood that I remember quite clearly (along with Robby Benson, my teenage crush, in the TV movie role).

Death was the predator taking its prey, though no battle ensued, no victor or loser emerged. For death is “slave to Fate, Chance, kings, and desperate men.”

I imagine Emily Dickinson and Robert Frost might vie for the title of poets who wrote the most about death. I think every poem Frost wrote was about it, and the fly was always buzzing in the room when Emily wrote. She said, “Death is a Dialogue between / the Spirit and the Dust,” with the Spirit taking off its “Overcoat of Clay.” Many poems that begin with death end with a human arrogance in the face of it. It’s what keeps us getting up in the morning—a belief in death’s insignificance, a willing suspension of disbelief.

Charles Bukowski begins “death wants more death, and its webs are full” and takes a page from Emily, remembering

my father’s garage, how child-like
I would brush the corpses of flies
from the windows they thought were escape-
their sticky, ugly, vibrant bodies
shouting like dumb crazy dogs against the glass

and then the spider would come along to claim its prize against the pane. The child killed the spider in anger and then suffered for the crime. Somehow we all know that child-like anger against the natural way death enters the landscape.

Death is stronger than all proud men and so death snips proud men on the nose, throws a pair of dice and says: Read ’em and weep.

Death sends a radiogram every day: When I want you I’ll drop in—and then one day he comes with a master-key and lets himself in and says: We’ll go now.

Beginning with death seems little different than ending with life. They are both about knowing who’s boss.

1 thought on “Beginning with Death”