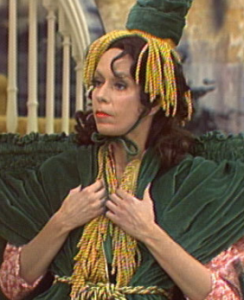 After my father died and I had to drop out of college for the second time to go back to being a go-go girl, my mother came to live with me to take care of my kids although she didn’t approve one bit of what I did for a living, said I was just goofing off and having a good time even though I told her I wasn’t, and so ashamed was she of me she lied to my grandmothers, told them I was a dancer on the Carol Burnett Show and that’s why I worked nights, wore mini skirts, false hair and eyelashes, but my mother told the truth about me to her sister Vera, a divorceé like me, and when Vera came to visit, the two of them came to see me at the Playgal Club and Spike the manager gave them a front row table and a free pitcher of beer and potato chips and there they sat, wearing white gloves and Jackie Kennedy pillbox hats, Kleenexes from their purses for napkins on their laps as they watched us go-go girls dance, sling pitchers, kegs, tanks of beer to the drunken aerospace execs, construction workers, surfers, Nam-bound marines, watched us empty ashtrays, dance, wash glasses, dance, sweep up broken glass after some pool hustlers got into a fight, and dance and the next day at noon as I sat in the kitchen, nibbling my bowl of Rice Krispies, a somnolent zombie and achy from working till 3 a.m., I heard my mother outside yelling at the trashmen not to make so much noise banging trashcans, they might wake up her daughter who worked nights and her daughter worked .DAMNED HARD to earn a living! It was the finest tribute my mother ever gave me and now, years later, finally I can appreciate it, now that I’m all rested up.

NOTE: In honor of National Poetry Month, each day a person’s birthday will be celebrated with a poem about or by him/her. The poems come from all over the place.